So. I failed my Australian Women Writers 2016 challenge. I must admit to NOT keeping track of this challenge as diligently as I could’ve. This being the case, I have been rather reluctant in signing up for 2017. I thought, though, I should see what my reading trend was in 2016. I went through all my 2016 reads (thanks, Goodreads!) and made these pie charts: 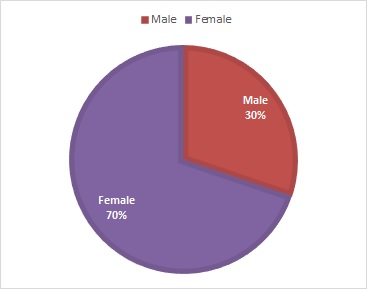 I’m not surprised by this first pie chart as I know that I tend to read a LOT of female authors overall. That’s not to say that I read a lot of chick-lit or romance novels though as I actually don’t. I guess most of my books will have an angle on romance but they don’t particularly fall under the romance genre. Looking at my shelf, I’d say most would be either a fantasy or mystery series.

Eep, I thought I read a lot of Aussie books BUT over half my books are actually written by American authors!! And less than a quarter of what I’ve read are Aussie 😦 I’m a little surprised as I do feel like I try to read as widely as I can but I guess in terms of general proportion, there are a lot more American authors than there are Aussie authors. This is despite completing my Aussie Author Challenge 2016 on the Aussie Readers group on GR. 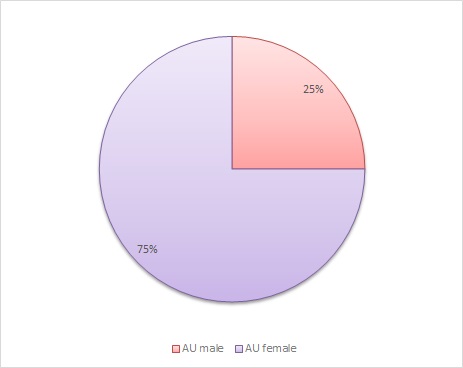 Of the Australian authors, this result mirrors my overall male:female authors ratio though how I still fail AWW16… I must’ve slacked off with the reviewing!

Now this result absolutely SHOCKED me! I definitely thought I read a LOT of YA but overall, it seems to maked up only 21% of my reads… I am pleased though with the 14% Non-Fiction result.